Charles Bernstein impaled on a wall in MOMA, New York, 2019. 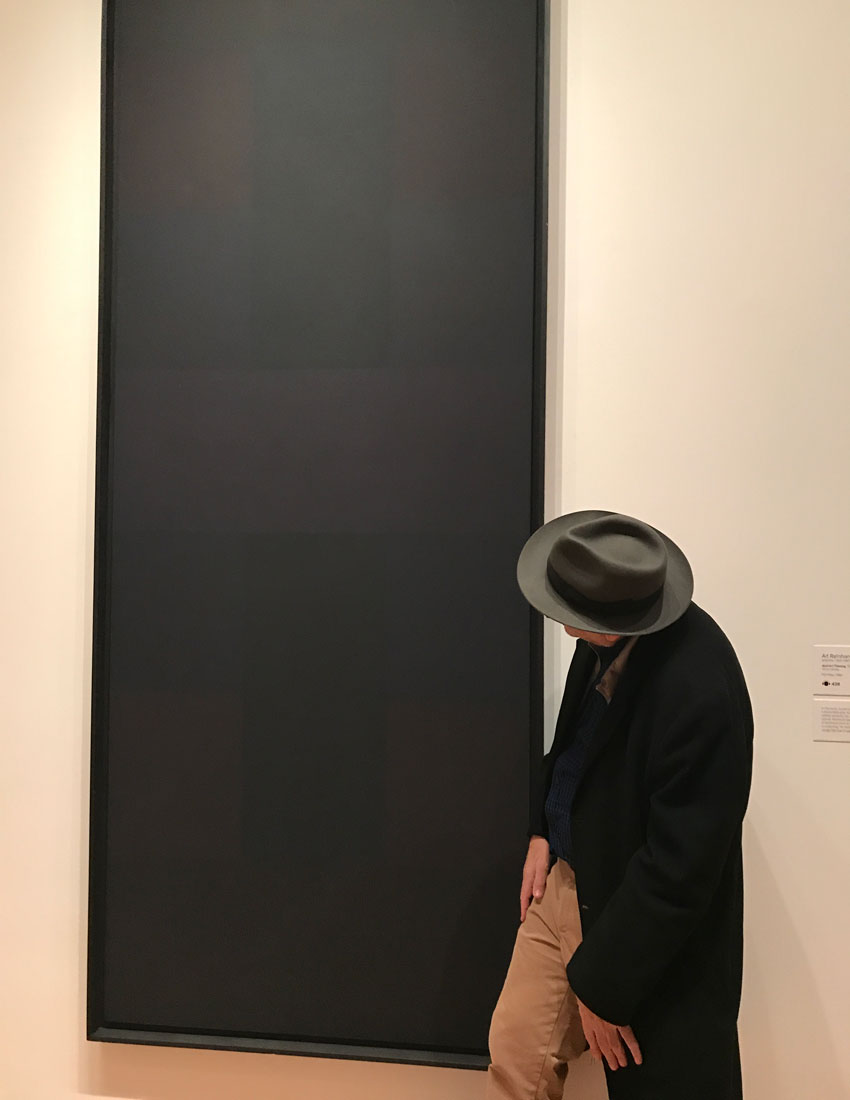 The Tugboat and the Quail

Zoom is where poetry goes to die. Or where we, dying, go for poetry. Or is it the best available platform for poetry in the age of covidity?

Zoom may also be where teaching goes to die. But it doesn’t have to be that way if interaction and discussion is favored over lecture and recitation: dialogue over the monolog. Poetry should be at least as interesting as television. Which means, for one thing, not making sitting in front of a laptop the default posture. For poetry to be art it needs to stand . . . and stand back. It needs to dance.

Zoom’s ‘live’ streaming hiccups may be its prime aesthetic given, if only we could dwell in those gaps. (Who’s got the Bufferin?) I don’t want to watch myself watching or watch you watching. In which case, it’s a society of spectacle all over again, with facial icons muted to simulate presence in an overwhelming experience of absence – the body of the poem anaesthetized.

Poetry’s medium is sound and rhythm, bodily gesture (signed and performance poetry), visual inscription (poetry plastique). Digital resources for poetry have been fundamental for poetry for 25 years. The Poetics List, PennSound, EPC, Eclipse, Ubuweb, ModPo are just a few non-corporate possibilities. The audio of a reading can be sublime in a way a video of the same reading often isn’t (but could be).

I want poems that are ecstatic in the sense that they exceed moral and political discourse. Poems as sensation, as performance, as aesthetic, doing rather than stating. Difficult poems that put readers in the middle of difficult circumstance and that cannot be resolved through conventional position-taking. More than exaggeration, extravagance – an insistence that the rhetorical subsumes the expressive. (for Amiri Baraka)

Hatred of poetry, or anyway of its unruly aesthetic dimension, will always be more convincing than radicalizing poetry. Especially if the hatred is pitched as care or cure.

As Perry Bathos says, If young poets want conventional success, they need to aim for a reassuring balance between mediocrity and profundity. Anything else will ruin a promising career.

My poems are ruined more than ruins. They are curiosities.

‘Is it elegiac, is it satiric?,’ Jerome McGann asks of Bryon’s Don Juan , citing this passage –

Between two worlds life hovers like a star,‘Twixt night and morn, upon the horizon’s verge.How little do we know that which we are!
How less what we may be!

The oscillation between pathos and comedy consumes and ignites me. I run amuck of moral seriousness, which is as far from serious as ‘firmament to fin,’ as McGann puts it.

Runa Bandyopadhyay asks me what I meant by including the Graeae in the list of dramatis personae that I added as a decorative flourishafter finishing ‘The Pataquerical Imagination,’, what she calls my ‘melody for the malady.’. Perhaps the presence of the Graeae suggests that rather than sharing one eye, every eye should have three within it. That’s a good working definition of pataquerical.

Love me for who I am not what I am

But who am I, outside of what I am?

– A straw in the wind, a cry in the wilderness, a wave on the sea, a moment in time.

We may all be in this together, depending on what this means. Whatever the common menace, the outcomes will never be the same. Deep below our difference is not ‘interconnection’ but incommensurability. Humanness is not so much shared as contested. Empathy and solidarity are crucial local investments. But acknowledging our uncommonness alongside our commonness grounds struggles to resist the hegemony of the universal.

My poems are not an expression of my identity but of my relationship to identity. Their value is as much for what they refuse as what they embrace.

Not poem nor revolution erases the irreparable.

In their aesthetic and moral unsettling, poems are provisional sanctuaries of freedom, unstable sites of imaginative reflection that can inform, but not enact, political transformation. Poets, and other artists, are (or could be) fantasists of unacknowledged worlds. But they also are canaries in the mines of the acknowledged world, carrying its viruses, tripped by its traps, crying wolf long after the fox has slaughtered the hens, and all the while pleading for credit.

The need now is not (just) for the underrepresented but (also) for the unrepresentable.

I cannot accord sympathy to those who do not recognize the human comedy.

Charles Bernstein’s most recent books are Near/Miss and Pitch of Poetry. In 2018, he was awarded the Bollingen Prize for Poetry. He lives in Brooklyn.

Editor’s note: Charles Bernstein ‘reads’ out the essay/manifesto that appears above in this video, in keeping with the principles outlined in the essay. 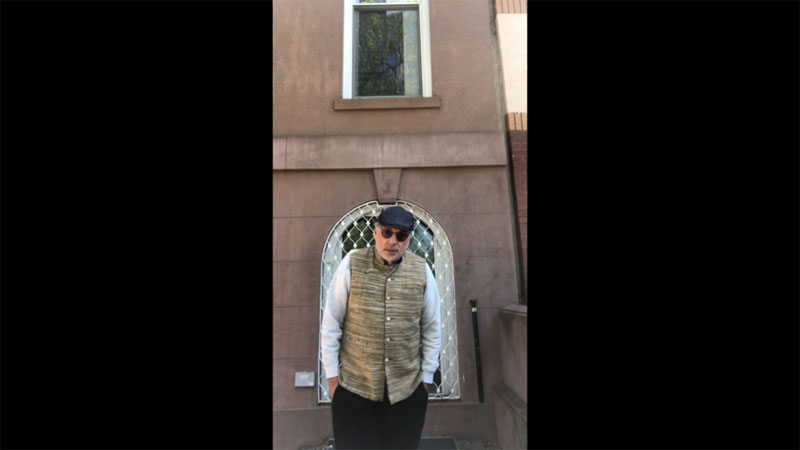 See also Bishu (Anil Chatterjee) singing Tagore’s ‘akash bhara surjya tara’ (‘the sky full of the sun and stars’) in Ritwik Ghatak’s Komal Gandhar (1961). An activist theatre group is taking a break from Calcutta in the hills of Kurseong – rehearsing, reminiscing, engaging in romantic speculation. Although almost all of the song is shot in observance of the practice of lip sync (as Anil Chatterjee moves his lips to Debabrata Biswas’s rendition), you’ll see, from roughly 2 minutes 31 to 2 minutes 41 seconds in this video, that he forgets the convention as he looks for his cigarettes and searches for something. The representation becomes frayed: this fraying brings to the singer’s affirmation of the world a moment of reverie.