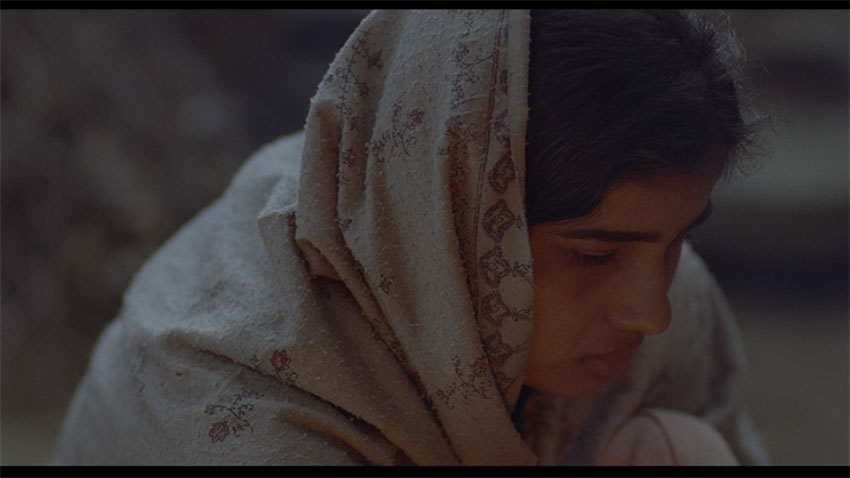 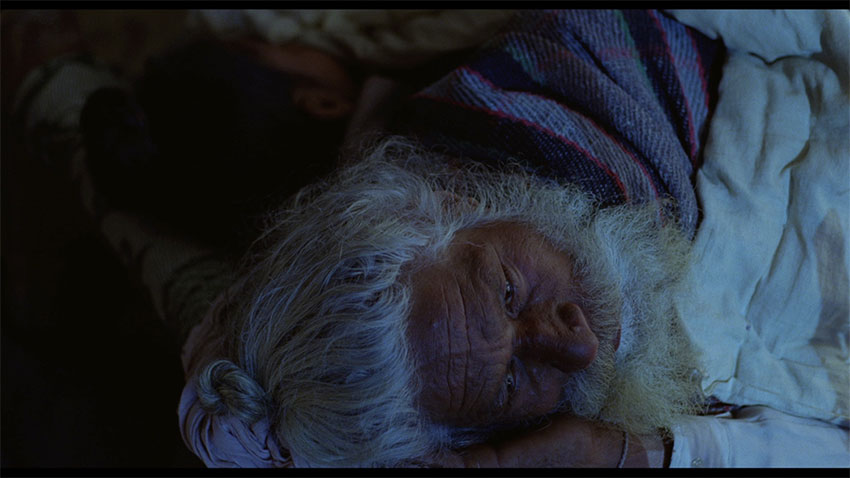 These images are from the prologue of Anhey Ghorey Da Daan, or Alms For the Blind Horse, a film dealing with the angst, alienation and exploitation of the marginalised castes in Punjab that I made in 2011, based on the novel of the same name by the celebrated Punjabi writer Gurdial Singh. When I completed the film and shared it with a prestigious international film festival, the director of the festival very enthusiastically had it included in the programme. I could not have asked for more for my debut feature. But my joy at having been selected for this elite festival was short-lived, as within a few days I received a ‘list’ of suggestive cuts and changes, which, though not obligatory on my part to implement, I was nevertheless asked to seriously consider for the ‘betterment’ of the film. And a major part of this suggested overhaul of the film included getting rid of this prologue, which ran for about 9 minutes, leading to the opening credits. The programmer argued that it does not in any way impact the story of the film. That the story could very well begin post this sequence of ‘family waking up’ in the twilight hour and going about their mundane daily routine: daughter struggling to light the firewood wet with dew; father lying listless in the courtyard after waking up; mother too tired to wake up early; and son too lazy to take goats for grazing.

Perhaps the programmer felt these ‘events’, if one could call them so, were not worthy of the soon-to-unravel conflict, and that it was better to get directly into the meat of things than create a framework to receive them. An argument not dismissible in its entirety, if the only purpose of cinematic narrative was to posit cause and effects, conflicts and resolutions, or a cycle of those. But is that the only reason films are made and viewed? What would be lost if I were to remove this entire segment from the film? What would the film gain other than reduced time length, if it was a welcome gain in the first place? To me, it was very clear that the film would become experientially poorer. It might not be effected spatially or thematically, but the quality of experience and attention would undergo an unwelcome change. And if the film underwent an experiential change, whose film would it be?

According to Henri Bergson, the whole is not given or giveable, because it is the ‘open’, because its nature is to endure constantly or to give rise to something new — in short, to endure. Each time we find ourselves confronted with a duration, or in a duration, we may conclude that there exists somewhere a whole which is changing, and which is open somewhere. Was the curator looking for a quick closure and did not have the necessary quality of attention to endure, or was she acting and forewarning me on behalf of an audience she perceived to be lacking this quality? Perhaps.

I stuck to my guns and refused to oblige the festival curator. Though the festival did screen the film, I was given a cold shoulder at the event, even being told that my refusal to comply with the suggested cuts ended my chances of winning any award. Welcome to the world of curatorship, I said! But such instances only steel your resolve, making you even more stubborn to inflict the misery of ‘time’ and ‘attention’ on your audience.

Attention or dhyaan is an idea I first came across while sitting in a classroom with my teacher, Mani Kaul. Till then, the word only conveyed a sense of command and discipline, forever having been told in school to pay attention. I wondered what it had to do with cinema.

Having been taught in film school that film thrived on privileged instants, on the Eisensteinian model of movements or developments extracted from moments of crisis, and on collision of ideas and thematic reasoning, enduring or attending to information — however rarefied or saturated and unfolding in time — was perhaps what had escaped all of us. It completely changed my way of looking at cinema, of looking through the camera. From an obsession with space and information, I started seeking out duration, time, and attention. The film turned from a visual art into a delightful temporal form. From information from one set juxtaposed with another set, it turned into a juxtaposition of attentions and durations, of to nalities and temporal volumes.

It got me rid of the notion that cinema was a visual art. The visual was easy to grasp and create and replenish. The way of seeing, the angle of seeing, the character of light on objects and faces and bodies, the arrangement of objects, and the graphic quality of the image were all in the domain of the visible. It was the material of cinematic image, concrete and tangible, that constituted narration in conjunction with a relay of words. But without knowing, the obsession with the image had become a hindrance. Was it merely information that one was chasing? How could an image turn from a carrier of information into a carrier of feelings?

I returned to my own experiences of reading literature, listening to music, and watching films. The films that had me hooked were films I could not grasp, films in which I was not even mentally present in the world of the story unfolding on the screen. The best films were the ones that took me ‘elsewhere’. Or, say, reading One Hundred Years of Solitude without even bothering to know about the ‘xyz’ of the story and its plot points. Just going on reading because reading was a thrill, because the words were a delight to confront, and because the descriptions were leading to vivid imaginations of spaces and textures and smells and sounds and faces and colours. The writing was leaving impressions which one need not decode but which left one with a sense of curiosity about the external and internal worlds. If someone asked me what the story was about, I could not tell even a sentence about it. At least, that is my memory of it now. Or maybe I could at the time.

Bergson in the first chapter of Matter and Memory theorises that there are not only instantaneous images or movement images but also time (duration), change, relation, and volume images beyond movement.

That which is beyond movement has to be beyond the spatial, beyond the visible and graspable. Can duration itself be that image? If evocation of feelings is the ultimate goal of cinematic storytelling, then perhaps yes, duration can be that carrier. The resonance of an image of a tree unfolding in time will undergo drastic changes in perception, first, of course, in relationship to the set of images it is juxtaposed with, but, more significantly, with the time volume it occupies in the unfolding set of durations. The immediate feeling will be decoded from the angle and distance of view, the magnification of its physicality, the quality of light falling on the tree and its surroundings, and whether there is a movement of objects impacting its presence, or whether the camera itself is mobile or immobile. This decoding is directly linked to the essential time required for this information to register. Let’s say there is an objective idea of this time duration. The Hollywood director or editor would say, ‘Cut. That’s it. I need not show it longer. It has done its job. Let’s move on to the next set.’ But perhaps someone else would come along and say, ‘I am totally immersed in it and would want to stay immersed a little longer. Please let me pay attention for a longer stretch of time. It is evoking many things in me that I cannot describe. I am immersed in the experience it is creating for me.’ Or, just the opposite, someone else would say, ‘I don’t want the feeling to register completely. It should be just like a whiff of a smell that came and vanished, leaving you wondering where it came from and where it disappeared.’

But it has carried your senses along or even distracted them. It has provoked your sensibility to wonder. Both, according to me, are valid means to feelings, one leaving you breathless and the other perhaps leaving you restless. The ‘objective’ sense of duration is perhaps the most obvious, which kills your sensibility to wonder. Because that sense reduces every set of objects to possessing an identical and objective set of notions and associations for the viewer. It reduces the seen and the seer to an average sensibility of meaning and looking and grasping things. Cinema is seen as a series of object sets organised to create a series of qualities of attentions, each one having the possibility of being abruptly killed in an instant and reborn with a new condition. As Giles Deleuze said, ‘the further duration descends into the system like a spider — the more effectively [it creates] the ‘out-of-field’ [and] fulfils its other function which is that of introducing the transspatial and the spiritual into the system which is never perfectly closed [or decoded].’ Robert Bresson made this into an ascetic mode. The more his image is closed, even reduced to two dimensions, the greater its capacity to open itself onto a fourth dimension, which is time, and onto the fifth, which Deleuze calls the ‘spirit’. To quote Bresson:

‘Apply myself to insignificant (non-significant) images.’

What is this non-significant, and what is its importance in the scheme of storytelling, especially for the filmmaker? Our lives don’t comprise significant instants every moment of our breathing. So, why should a work of art aspire to that unrealistic objective? To create is to tie new relationships between persons and things. And, extended to film, it involves tying new relationships between time itself, which can give rise to new feelings. As Bresson said, ‘Let it be the feelings that bring about the events. Not the other way.’

Gurvinder Singh is an Indian film director. He is best known for his Punjabi language films Anhey Ghorey Da Daan and Chauthi Koot (The Fourth Direction), which premiered at Venice and Cannes Film Festivals, respectively.